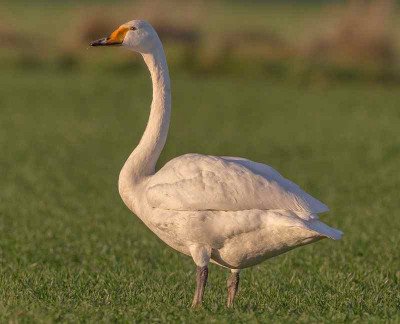 The whooper swan is the national bird of Finland


This is a list of the bird species recorded in Finland. The avifauna of Finland included a total of 483 confirmed species as of March 2020, according to BirdLife Suomi. Of them, 188 are rare or accidental, six have been introduced by humans, and six have not been reported in Finland since 1950.

This list’s taxonomic treatment (designation and sequence of orders, families and species) and nomenclature (English and scientific names) are those of The Clements Checklist of Birds of the World, 2021 edition. The Finnish names in parentheses are from the BirdLife Suomi list.

The following tags have been used to highlight some categories of occurrence:

Anatidae includes the ducks and most duck-like waterfowl, such as geese and swans. These birds are adapted to an aquatic existence with webbed feet, flattened bills, and feathers that are excellent at shedding water due to an oily coating.