Estate Nijenburg and the forest of Heiloo lie along the old shoreline between Heiloo and Alkmaar. It offers an interesting combination of ‘experience’: nature, culture, history and mysticism. The forest is bisected by two major traffic routes: the N203 towards Alkmaar and the railroad. Although the effects are noticed in the whole forest is, the estate still retains its serene and tranquil nature. 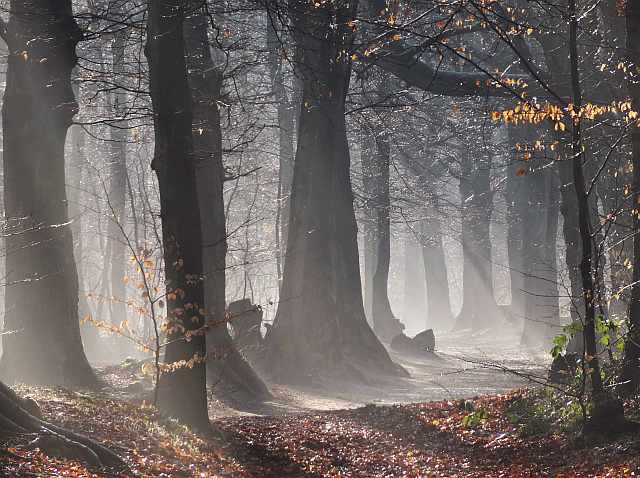 The forest
The forest around the estate, also called ‘Heilooërbos’, located on the old shoreline from Limmen to Alkmaar. About 4000 years ago this was the rampart of protection against the sea. Later, when the sea was much further to the west, the high, sandy shore between the wet beach with its grassy plains formed an attractive residential area. Although in the course of the centuries many of the original ‘dunes’ has been excavated, the forest is still considerably higher than the surrounding polders.

The current Heilooërbos dates from the early 18th century. Already in the Middle Ages it was a densely forested area, but in 1573 the old forest was cut down during the siege of Alkmaar (80 year war with Spain). After that, the ground came into use for agriculture. The border of the small fields of the period was formed by low-ways. Throughout the forest you still can see here and there the remains of the ramparts.

In the early 18th century the present forest was planted in connection with the construction of the mansion Nijenburg which is on the east side of the highway. The house was surrounded by a landscaped park in French style with stately tree-lined avenues that are recognizable until today. The rest of the wood was used for walking and for coppice.
The forest is very diverse: in some places it is so close that you have to look away from overhanging branches, in other places you walk up among the beech trees.

The Estate Nijenburg
The current mansion was built in the early 18th century in the style of Dutch classicism. In the 19th century the house is whitewashed and features larger windows. Parts of the park were changed from the French tight construction to the romantic English style, with many winding paths and surprising views. To the south of the country this is the most recognizable: here it is called the ‘English work. “

From the house is a long, straight line of sight in a westerly direction, the so-called “Round-O-lane ‘. This avenue is a remnant of the French park construction and is named after the ‘Round O’, a corruption of ‘rondo’, a place near the Westerweg where different avenues met. 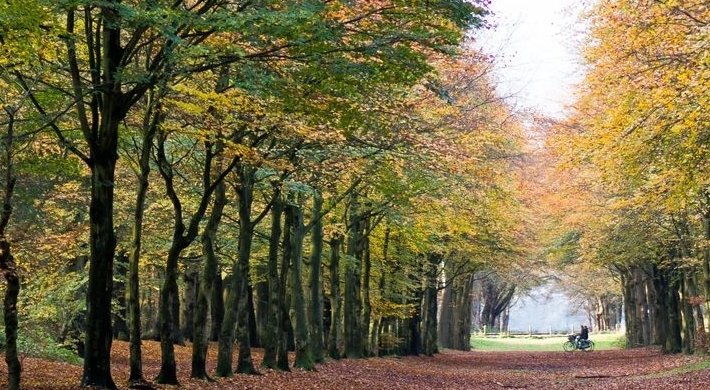 The Cat Mountain (Kattenberg)
Near the highway and just north of the line of sight, we find the mysterious Kattenberg. Kattenberg is a prominent hill in the woods with a beautiful large and old lime on it.

About the origin and the exact age of the Kattenberg people are not sure. Archaeologists suspect that the hill is artificial and dates anywhere from the late Middle Ages. However, there is no investigation into yet done. The name Kattenberg does however suggest that the hill is probably older: cats are often in relation with witchcraft and maybe also used for Pre Christian rituals. Is the Kattenberg a burial mound which was later increased? What was the old function of the place? Only research can clarify the misty history of the mound.
Probably the hill has been increased while digging the ponds around the mansion. The lime on the hill dates back at least to the days before 1700 and is located with the trunk partly underground.

The Kattenberg is very popular with visitors to the forest and is often climbed by children and joggers. On top you have a magnificent view over the spacious forest.

The Pulpit
Another special place in the woods is the Pulpit. It is a small mound at the intersection of the Pit Lane and Westerweg. According to tradition, the pulpit was an ancient, pre-Christian cult place where people worshiped ancient gods. Also it is said that Willibrord preached here. Before the outbreak of the uprising, the Protestants would have held here their sermons.

Baduhenna
The Roman writer Tacitus tells of a “sacred forest of Baduhenna” where a battle took place between rebellious Frisians and the Romans in 28 AD. Baduhenna is probably a Frisian war goddess. Some historians believe that the location of the sacred forest can be found in the surroundings of Heiloo. 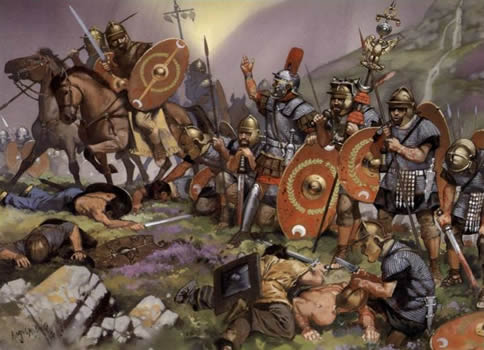 Battle between rebellious Frisians and the Romans

Perhaps there is a connection between the holy forest and the ‘sacred loo’ in the name Heiloo? Until now, however, no evidence is found for this archaeological fact. Such work should leave traces in the soil. The historical foundation of Heiloo is convinced about it; the foundation is called ‘Baduhenna’.

Nature
The estate has a very varied nature. In the spring, the forest floor strewn with celandine and wild hyacinth. In autumn there can be found a lot of mushrooms. 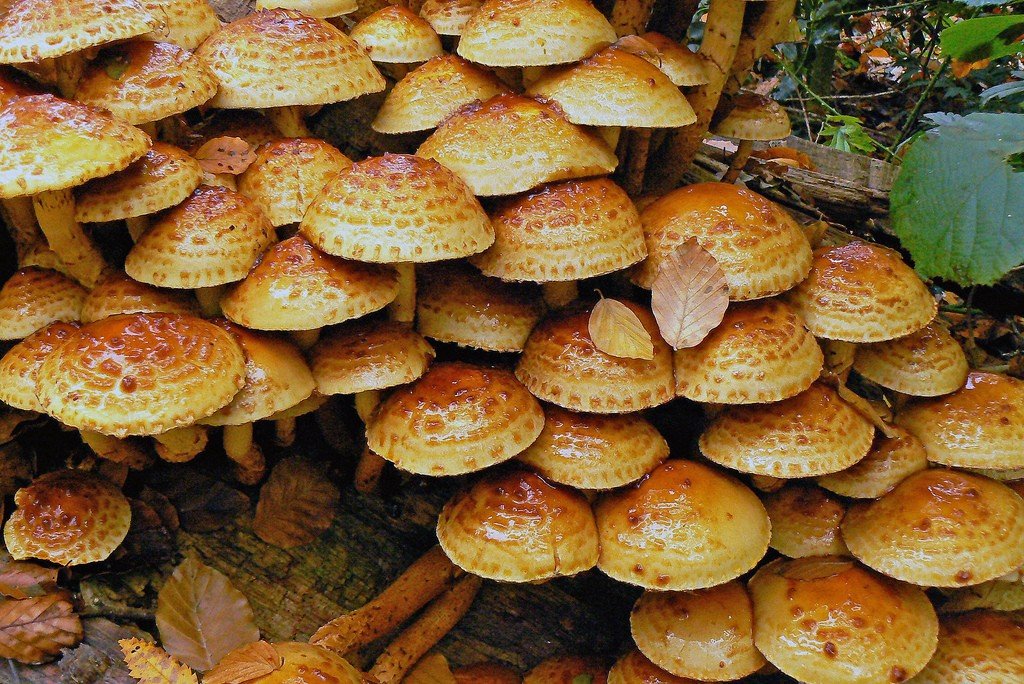 The estate is managed by Natuurmonumenten. Currently they are busy with a recovery plan for the estate, with tree-lined avenues renovated and specific characteristics of the park construction are brought back in ancient state. Natuurmonumenten and PWN cooperates with State Forestry Commission to create one large continuous nature area around Egmond, Bergen and Schoorl, where Nijenburg will be part of it.

Atmosphere of the estate
The forest is soothing. The rustling of background noise of the main road and the railway can be heard but do not seem to be able to penetrate to the heart of the forest. You can walk around without problems for hours. Due to variation in planting and the sudden sight lines, the atmosphere is on any place different. Sitting at the top of the Kattenberg, with your back against the trunk of the old linden tree and overlooking the forest is a wonderful place to affect the forest of mystical on you.